Most adults today use a combination of different sources and platforms to get their news reports the Reuters Institute Digital News Report 2017. The global report is based on a survey of more than 70,000 people in 36 markets, with added qualitative research in many of the countries. Social media is a big part of this media mix, as are TV, websites and apps. In fact, two-thirds of social media news users in the United States also watch television news (67%) and two-thirds also visit mainstream websites or apps (66%). Further, only a quarter (24%) of the respondents think social media does a good job in separating fact from fiction, compared to 40% for the news media. 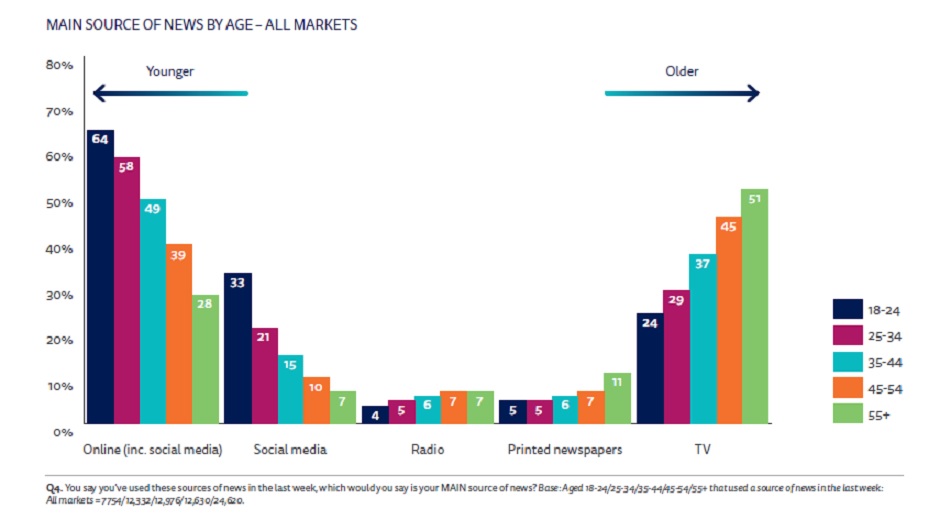 News brands struggle with their branding on distributed and social platforms. Reuters tracked over 2,000 respondents in the UK to see if they could remember their path to a news story found on Facebook, Google, or others. Only 37% of respondents could recall the name of the news brand when coming from search and 47% when coming from social. 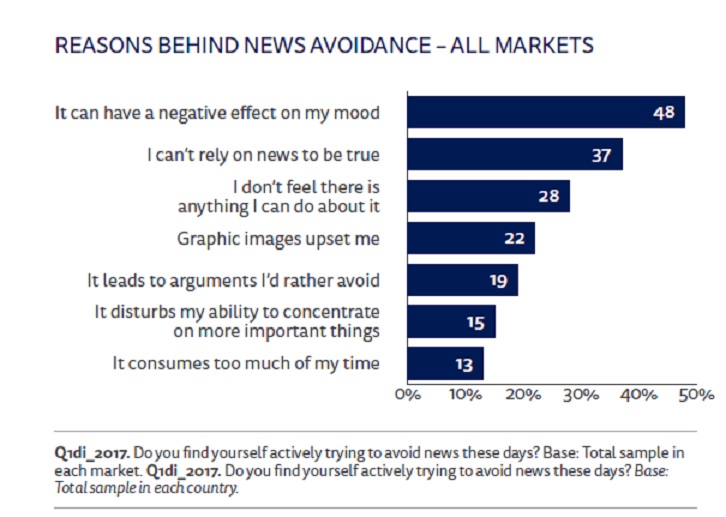 The news also appears to be impacting the consumers’ emotional psyche. Close to a third of respondents (29%) state they often or sometimes avoid the news. Many say the news negatively impacts their mood and heightens concern over their inability to rely on the news to be true.

Melissa Bell, Publisher and co-founder, Vox Media comments on this analysis “if we work to rebuild trust with our audiences, we may find our way to more stable, significant businesses.” She’s identify a few key questions for publishers to think about and address as they continue to provide quality news content across platforms.

Importantly, publishers need to solve problems for their audiences. Digital news publishers’ focus on quality, transparency, and accountability will allow audience trust and engagement to follow.