Fake news is the catch-phrase used by many today to discredit all types of news stories and media outlets. Fueled by social media, the term “fake news” pools all news media—be it respected or far from it—together. However, fake news is not about the inaccuracies of credible news journalists. It’s about setting a specific agenda to distort information and deceive readers with the purpose of a deriving a specific action or outcome. It’s an attack on the truth. And it’s an affront to trustworthy news journalists.

The Reynolds Journalist Institute (RJI) created the Trusting News Project to help confront this attack and enhance the credibility of news journalists. The project was launched to create a dialogue between the news media and the consumer. To get started, 28 newsrooms partnered to asked their audiences (a total of 8,728 respondents) about their views on the credibility of news in order to understand the brands they trust and distrust, what they pay for and why.

Who Trusts Whom and Why? 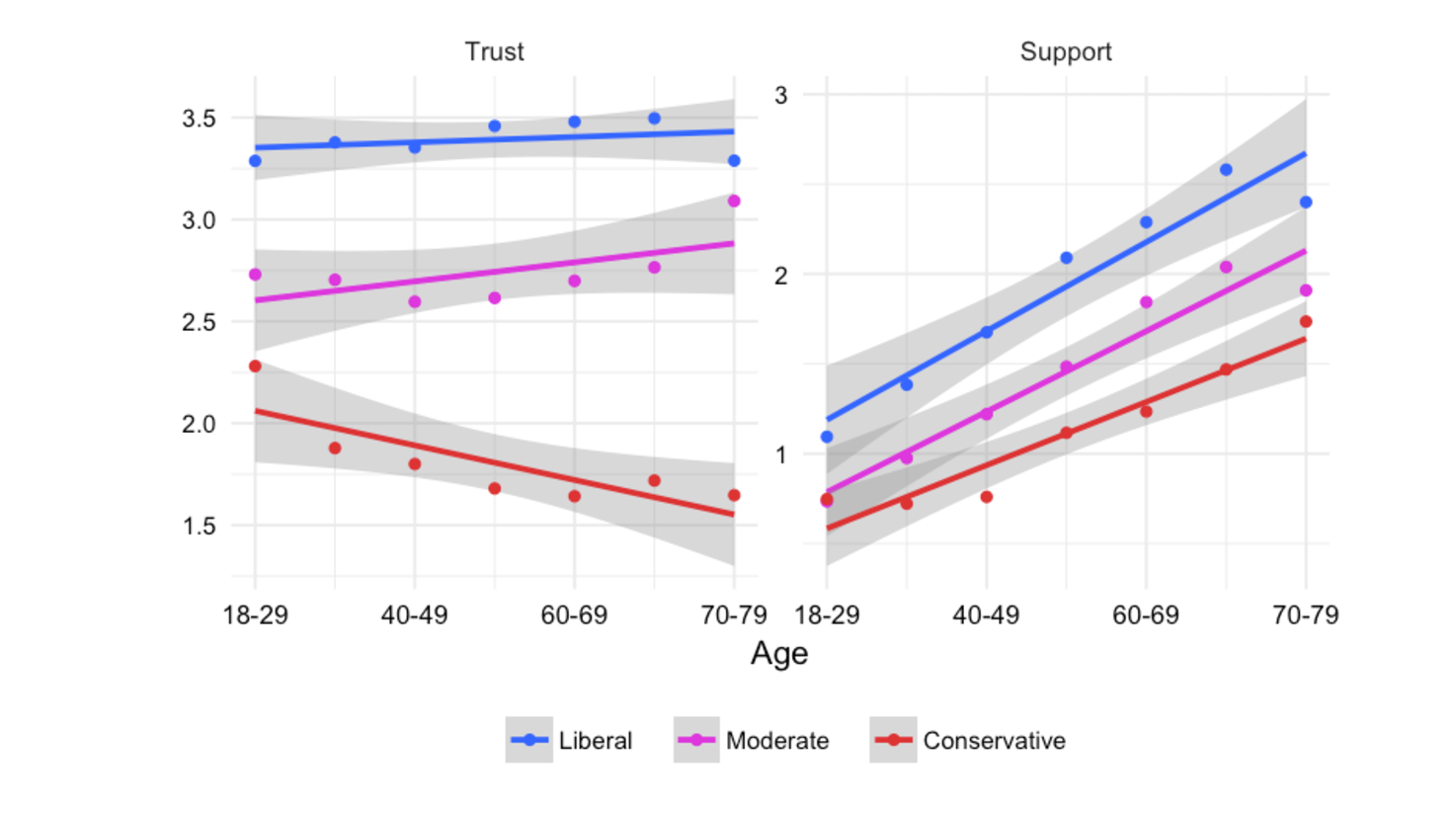 The most trusted news source mentions (based on opened ended top three choices) are:

The Trusting News Project also asked respondents to identify their political ideology based on a 5-point scale ranging from 1 (very conservative) to 5 (very liberal). The self-reported estimates allowed for the scoring of media news outlet by political ideology.

As expected, cited media sources closely align with respondents’ political views. For example, the users who mentioned Rachel Maddow as a trusted source were an average of about 1.35 points more liberal than the scale’s norm. Liberals most often cited The New York Times, NPR, and The Washington Post as trusted, while the brand most listed by conservatives was Fox News. 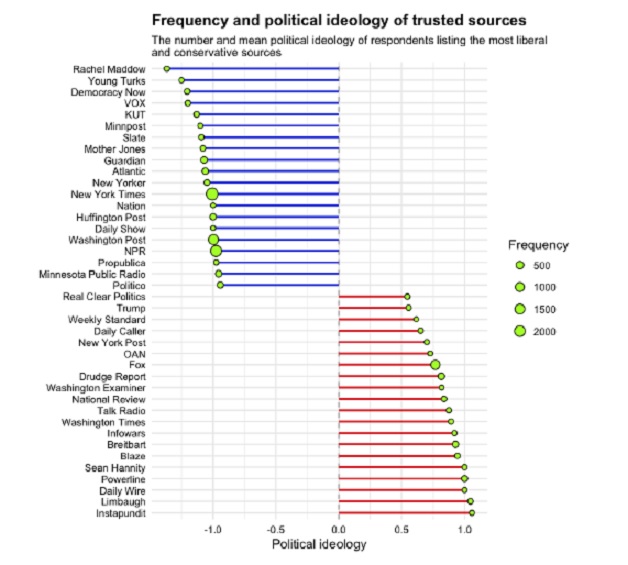