Google’s Accelerated Mobile Pages (AMP) project was launched in February 2016 to address both the increasing bloat of web pages and the subsequent consequences of a diminished user experience for readers, publishers, and advertisers. By creating a platform from which media companies could publish clean, streamlined versions of their articles, AMP promised to speed up the average page load time and make it easier for visitors to stick around and read their content.

But how does it deliver on this promise, and what is the impact on consumer engagement? 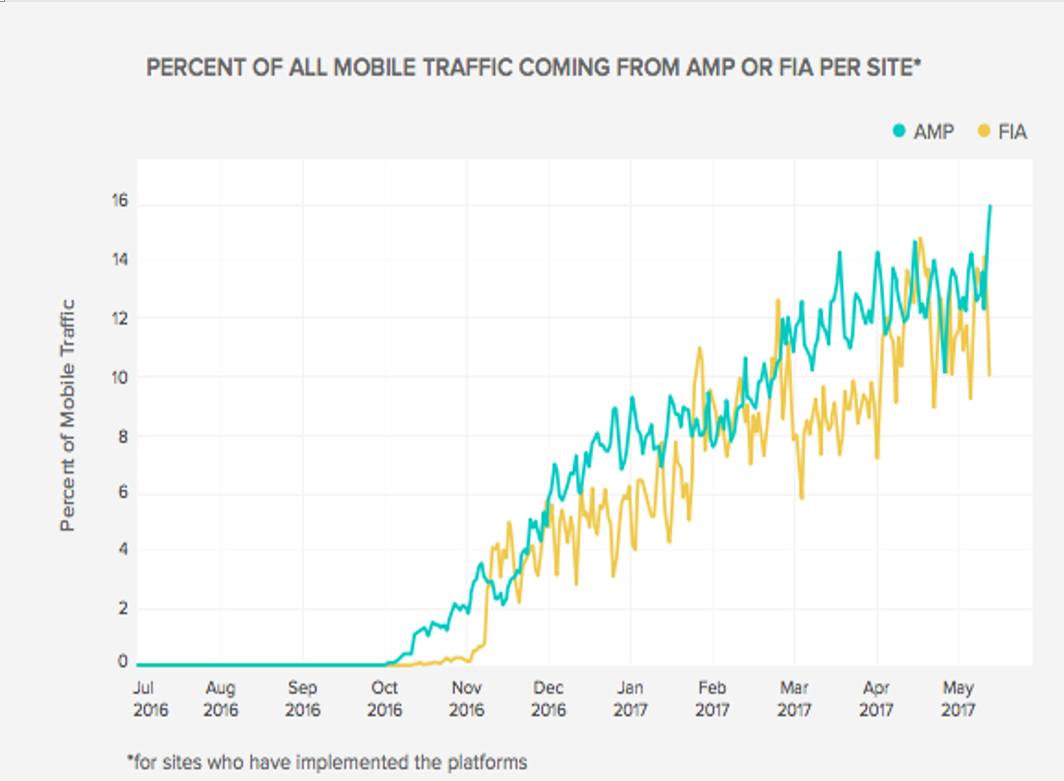 The Effect on Publisher Traffic

Chartbeat pulled actual consumer behavior data across 360 sites using AMP and FIA from June 2016 to May 2017. Our research shows that, while usage rates and the subsequent number of articles consumed on each platform differs, it turns out that both AMP and FIA content have been receiving larger and larger shares of publishers’ mobile traffic, and at fairly equal rates. As of mid-May 2017, a typical publisher who implemented AMP saw 16% of all mobile traffic on their AMP content. Comparatively, publishers with FIA saw 14.8% of all mobile traffic on FIA content.

The Need for Speed

These days, web experiences are all about speed. Almost half (47%) of consumers expect a web page to load in 2 seconds or less. Even more significantly, 40% of people abandon a website that takes more than 3 seconds to load, meaning they never reach the published content at all.  So how are AMP and IA optimizing page load times? 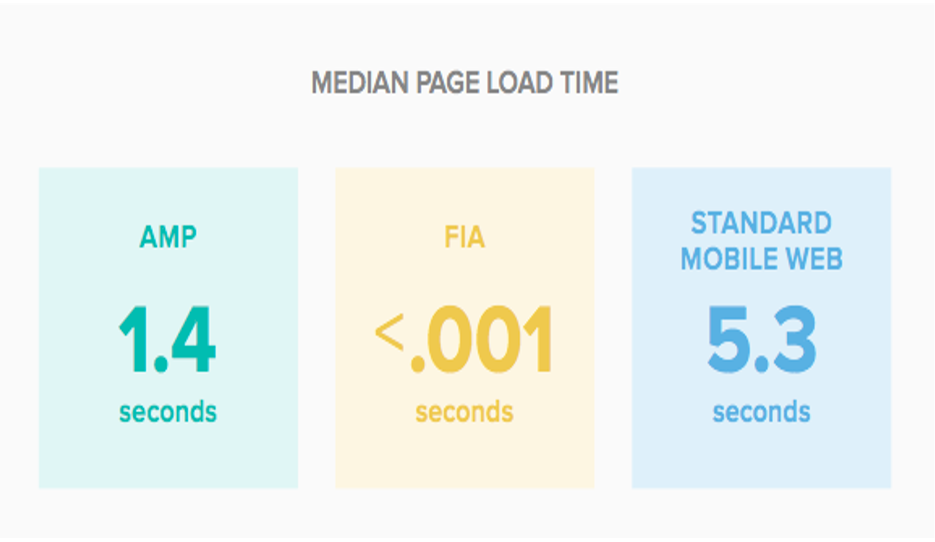 This is a big deal, and proves that both initiatives are delivering on the promise of providing a much quicker load time to improve reader experience. And publishers are seeing the effects — with less time spent waiting for pages to load, consumers have more time freed up for engaging with content. 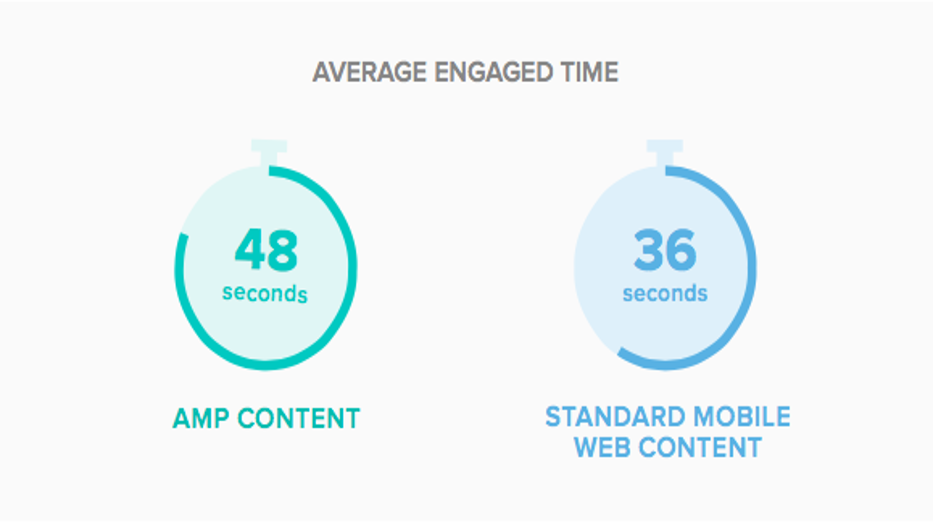 With so many distributed ways of finding content and such short consumer attention spans, every second counts. So how does AMP stack up?

Chartbeat’s data shows that readers engage with AMP content for 35% longer than standard mobile web content. They spend an average of 48 seconds with AMP content vs. 36 seconds with mobile web content when coming from search. The fact that readers are engaging for so much longer than they normally would suggests that user experience really does matter in catching and holding attention.

The Future of High Speed Mobile

One big question still remains: Will publishers continue to scale their efforts and should these high speed platforms become the mobile industry norm?

While the increase in engaged time for publishers who have adopted both AMP and FIA are compelling, the jury is still out on whether the end justifies the means. The numbers here demonstrate that consumers clearly value these optimized mobile experiences and this may just be the evidence we need to validate their potential. However, larger questions still remain around each on both publisher value and quality.

As publishers continue to use these platforms and readers continue to react, it will be interesting to see how AMP and Facebook IA evolve in the future – possibly in two completely different directions.

At the end of the day, visitors deserve a fast, clean, enjoyable reading experience where they spend most of their time – on mobile. And publishers can benefit from a more effective mobile environment where they can distribute and monetize content and scale their success. But at what cost? How can we make this win-win?

John Saroff is Chief Executive Officer of Chartbeat, a leading content intelligence platform used by more than 50,000 of the world’s top media properties in over 60 countries. He has worked on the cutting-edge of media and technology for 17+ years, setting the daily operations and business development agendas of companies as diverse as Google, NBC-Universal and vente-privee. John received his undergraduate degree in History from Haverford College and a joint degree in Law and Business from Columbia University.