The mobile device is the command center for the hyper-connected consumer. Increasingly, it provides the point of access to the Internet of Things (loT). Today’s publishers and brands need to understand cross-device usage and identify the best pathway to attract and engage the hyper-connected consumer. In order to identify the appropriate channels and marketing opportunities, Verto Analytics analyzed cross-device usage in their research report, “Multitasking and Mobile Apps: New Ways to Measure Consumer Behavior.” 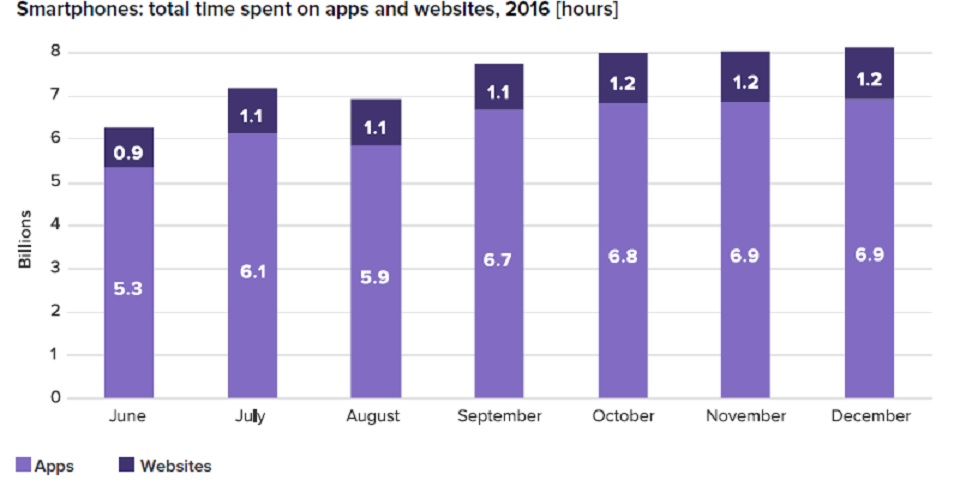 Personal assistant apps (i.e. Amazon’s Alexa) currently make up only 4% of all usage. Verto Analytics predicts these apps will increasingly be incorporated into consumer’s multitasking behavior.

As one would imagine, social media services and messaging apps (such as Facebook, Facebook Messenger, Snapchat, and WhatsApp) are most likely to be a part of a consumer’s multitasking behavior. 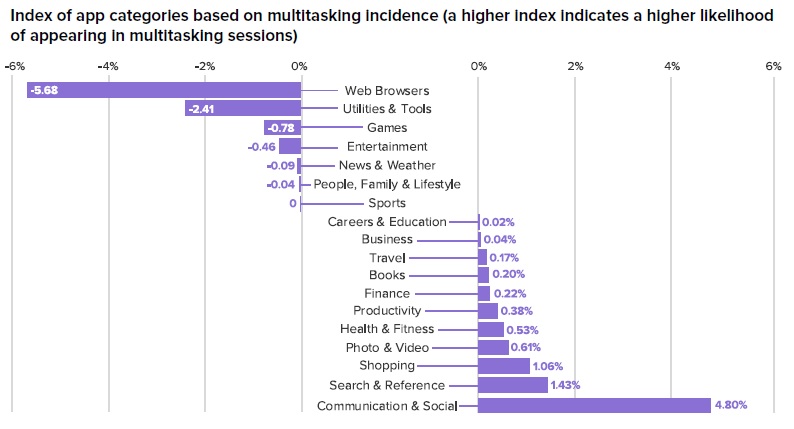 For example, if a consumer uses the Waze app once a day every day for a month (30 days) and on five of the those occasions, there is multitasking session (the consumer leaves and returns to Waze during the same session), the return rate for Waze is 18% (5/30). Waze, in this instance, had an 18% tendency to attract consumers back to the app during a multitasking session. What we learn from this is that the plays a central-role in a consumer’s session because it is actively used with other apps. Learning about how consumers actively use apps with other apps, often referred to as a smart hub, plays a key role in chart the consumer pathways to best target for frequent interaction and engagement.

Understanding multitasking, the best rate of return, and smart hubs offers insight into important mobile touchpoints. Brands and publishers need to identify and understand these points of interaction and their relationships to drive usage grown, engagement and monetization.