For many advertisers, programmatic native feels like the holy grail. It brings the transactional efficiency, audience targeting and scale of programmatic to in-feed native units that match the look and feel of a publisher’s content. Additionally, publishers benefit by simplifying native ad sales, with instant access to demand sources through programmatic exchanges. Programmatic native offers real benefits to both sides – buyers and sellers.

However, with so much promise, what does the market look like today? 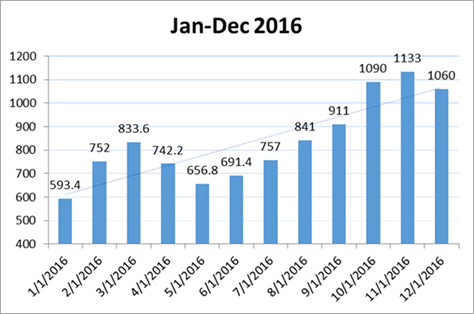 Here’s what we found.

There has been a lot of attention given to sponsored editorial and programmatic native in the press in the past year. While the programmatic native market is still small, relative to the overall spend in the digital market, it is expanding and at an accelerated pace. Renewal rates and advertiser feedback are positive, mostly.

That’s not to say that challenges don’t exist (The Wall Street Journal tackled these issues recently), but we observe that the market continues to be a legitimately bright spot for publishers. We forecast a positive outlook for it in 2017.

Todd Krizelman (@ToddKrizelman ) is Co-Founder and CEO of MediaRadar (@MediaRadar). Growing up near the epicenter of technological innovation in Palo Alto, California encouraged him to become an entrepreneur and co-found of one of the world’s first social media sites, theGlobe.com. Krizelman also held leadership positions at Bertelsmann’s Gruner + Jahr and Random House. With his expertise in ad sales and innovation, Krizelman joined veteran web architect, Jesse Keller, to found MediaRadar in 2007.