Social media is part of Americans every day routine with a majority stating that they get their news through social media. In fact, half of the Americans turned to social media to learn about the 2016 presidential election reports Pew Research Center’s Social Media Update 2016, which was based on a national survey of over 1,500 adults. 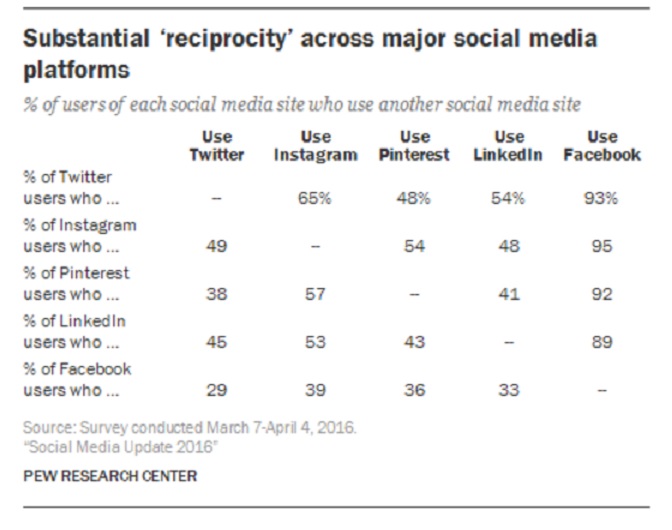 Facebook clearly remains the most dominant social media platform out there. It is the strongest social platform of the five included in this study among online young adults, Eighty-eight percent of adults 18-29 use Facebook; followed by Instagram at 59%, Pinterest and Twitter at 36%, each, and Linkedin at 34%. Facebook is also gaining traction among older adults, ages 65+. Close to two-thirds of adults ages 65 plus now use Facebook.

Facebook is a daily habit for most of its users with 76% visiting the site daily and of the daily visitors, 55% visiting multiple times a day. Interestingly, 56% of online adults use more than one of the five social media platforms included in this study with the highest duplication of usage on Facebook. This means that 95% of Instagram users, 93% Twitter, 92% Pinterest also use Facebook. 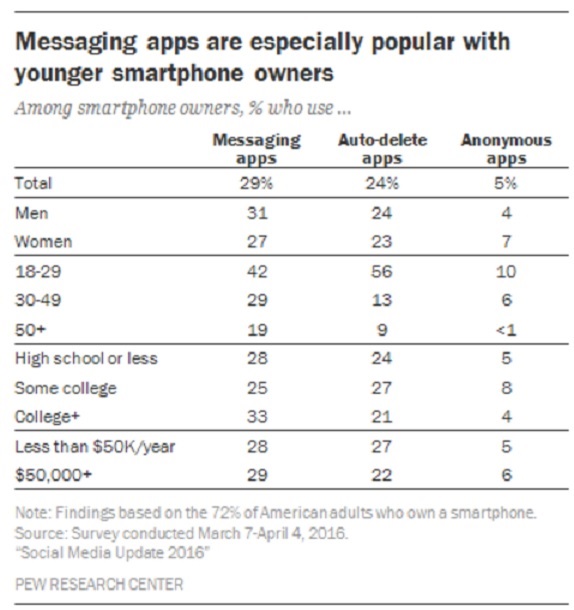 Social media apps are also popular among close to three-quarters of Americans (72%) using smartphones. Twenty-nine percent of smartphone owners use general-purpose messaging apps such as WhatsApp or Kik. Almost one-fifth (24%) use messaging apps that automatically delete sent messages, such as Snapchat or Wickr, and 5% use apps that allow people to anonymously chat or post comments, like YikYak or Whisper.

Users are often motivated to use social media platforms for their communal and social offerings. Social platforms easily remove communication and interaction barriers and allow users to communicate and share news with like-minded people. The social networks do even more to attract and engage users in these areas such as new in-app search functions, embedded content and live streaming video. These features (as well as an ever-expanding menu of new ones, along with an emphasis on the mobile experience are important as key platform differentiators in the marketplace.