It doesn’t seem like it was all that long ago that printing was the only option for publishers. Then came the web, podcasts and apps—and an ever-proliferating number of new ways to deliver content—one of the latest of which is Echo, the voice-driven device from Amazon.

You might be thinking that broadcasting on the Echo wouldn’t be a fit for many traditional publications. But the fact is just about everyone is looking for the next big delivery platform and many big names have already started exploring the Echo including NPR, The Guardian, TechCrunch (where I also write), The Washington Post, Harvard Business Review and Slate. It doesn’t hurt that Amazon has been aggressively recruiting publications to deliver content on the platform for its Flash Briefing, which tells listeners the news in a few minutes or less. 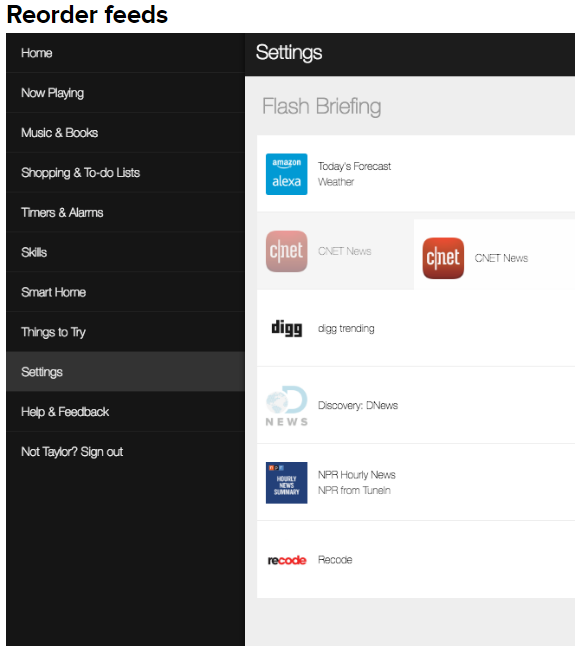 In case you’re not already tuned in, the Echo is a voice-controlled device that users interact with by using the trigger word, “Alexa” to listen to personalized content that’s been configured through a smartphone app. With Flash Briefing contents, users can select the publications they want to include in their daily briefing.

The technology is so new it’s hard to draw any firm conclusions about it just yet, but content producers are experimenting with different ways of creating content, measuring audience and even early forays into monetization. It’s nascent area, but today’s most successful publications are quite used to consistently testing new delivery methods, and they’re open to the opportunity presented by Alexa.

Building content
The first step is producing content, which is not unlike a podcast. In fact, for companies that have been producing podcasts, the transition to Alexa has been relatively smooth. For instance, Slate came on board by invitation from Amazon, and created a program called 90 seconds with Slate, which they produce three times a week.

David Stern, who is head of product development at Slate said the publication has been producing long podcasts of 20-40 minutes. And while many of the lessons they’d learned were a help in the transition, it was somewhat of a challenge for them to produce short-form audio simply because of its brevity.

Harvard Business Review was also approached by Amazon so it carefully considered the best way to dip its feet into the Echo platform. “Like other publishers we are watching trends like voice user interfaces, artificial intelligence and bots and we are looking strategically to smartly experiment in these spaces,” Adam Bucholtz, product manager at Harvard Business Review said.

HBR decided to repurpose its popular daily management tip on the Echo and hired a voice-over artist to do the recording. In fact, they recorded 80 tips up front for about three months’ worth of content, and they will revisit how well it’s doing after they exhaust the first batch and decide how to proceed.

Measuring and monetizing
It’s still so early for voice platforms that it’s hard to determine how to make money on such short-form content, but Joey Marburger, director of digital products at The Washington Post says his company has been running a short ad at the beginning of each episode. The ad obviously needs to be really short—about 10 seconds—because the content itself is so brief, but Marburger says the platform makes it easy to include an ad because it allows you to load multiple files. That means you can load the ad as a separate file in the package, then run the briefing. As an added plus, production for the extremely short ad content is lightweight.

In terms of ROI, he says the platform includes some basic tools to measure how many people listened to the ad, and when they started and stopped listening to the briefing, and so forth. However, he points out that there is no way to measure demographic data as there is with web ads, and he doubts there ever will be.

Marburger says he’s been happy with the ad performance though, as have been the advertisers, who want to appear to be on the cutting edge and reach an audience of people who like new tech like the Echo. He also reports that they are making “quite a bit of money” from the ads and the sales team has taken to selling them like any other ad product.

Other companies we spoke to are staying away from ads for now, but could see including them at some point if the projects move beyond the experimental stage. Marburger acknowledges that the novelty will wear off for both users and advertisers eventually, but still sees opportunities to expand the content over time.

For now, publishers are feeling it out and seeing what works, and if there is an audience for it. As HBR’s Bucholtz says, “If it resonates, we will look how to keep the content going.”