The relationship between Facebook and the news media industry is increasingly complex, requires context, and has room for improvement, according to a new report released today by the International News Media Association (INMA).  The 79-page report, “The Facebook-Media Relationship Status: It’s Complicated,” offers an executive-level overview of how the social media giant intersects with news publishers as of late 2016.

The report cites Mark Zuckerberg’s widely-reported remark that Facebook is not a media company, but rather a sort of Uber for the content industry. In other words, Zuckerberg believes that because his company doesn’t create content, it isn’t in the content business. However, as the report points out, from content aggregation to distribution and myriad “editorial” decisions (be they algorithmic or human), the distinction is blurry at best.

The report attempts to help better define Facebook’s role in the ecosystem as well as examine the market position of all of its platforms (Messenger, Instagram, and WhatsApp.) It provides an overview of major social media usage trends and patterns worldwide. And finally, the report takes a hard look at Facebook’s complicated relationship with the news industry (including a deep dive into the way in which its News Feed algorithms work), and analyzes different strategies that media companies use with regards to Facebook in an effort to help others do so strategically.

As Emily Bell pointed out in a recent Columbia Journalism Review article, “Facebook is being taken somewhere it never wanted to go.” Yet, while it may not have sought to be a pivotal media cog, the report points out that “clearly, Facebook needs to be a thoughtful partner to the news media industry — and vice versa. That is a partnership that should be based on transparency and mutual support.” 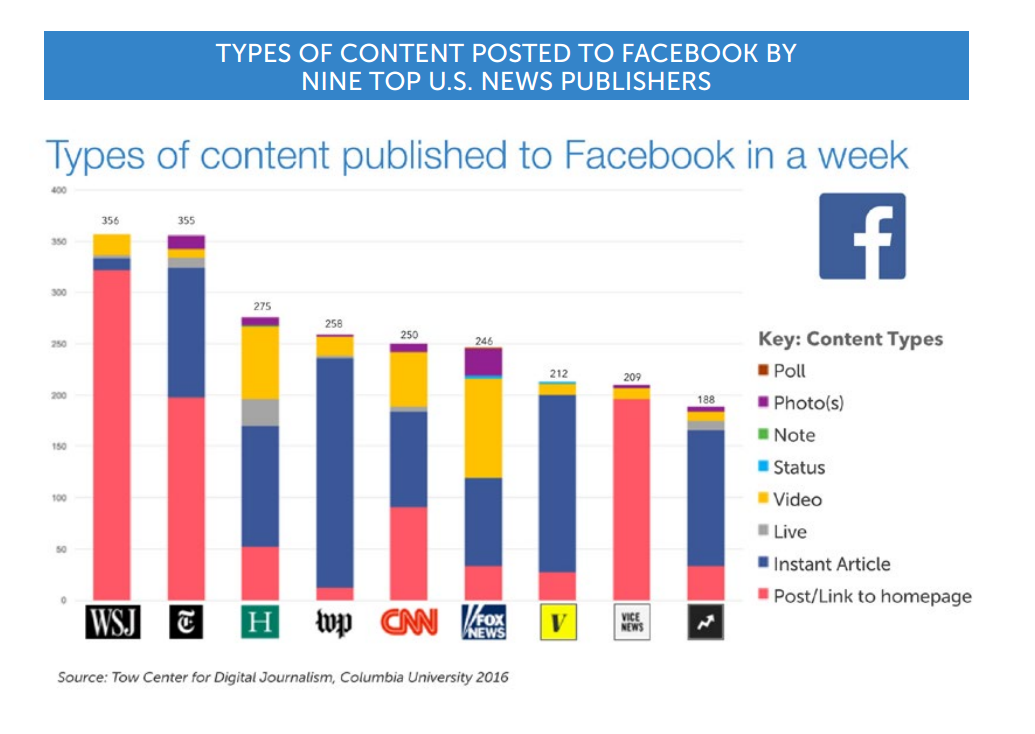