Magazine publications are still growing strong across both print and digital platforms. In fact, in 2015 there were over 7,000 magazines in print, an increase from both five and ten years ago according to the Magazine Media Factbook 2016/17, published by the MPA (The Association of Magazine Media). Just last year, 237 new magazine brands launched. Not only are the number of publications growing but the audience is too. The total gross brand impressions for magazines grew to 1.75 billion across platforms from 1.65 billion in 2014, an increase of 6.2%. 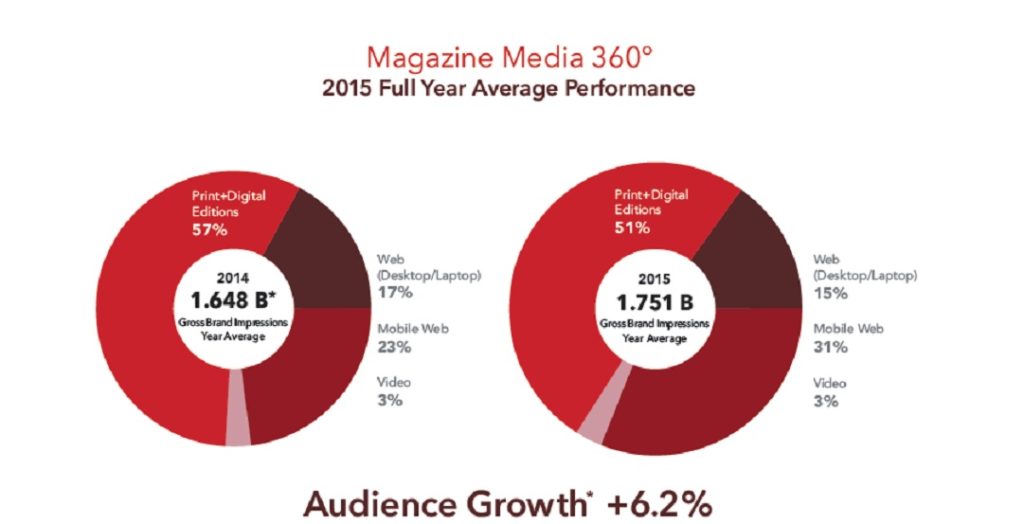 Magazines have a valuable and loyal audience with adults 18+ reading 8.6 magazine issues each month. While the magazine audience skews toward baby boomers and older, the median age at 47.1 years old is similar to users of most traditional media as well as reflective of the U.S. population at 46.8 years old. The digital audience, the core contributor to magazine’s overall multiplatform growth, continues to increase with the total number of adults increasing year-to-year. 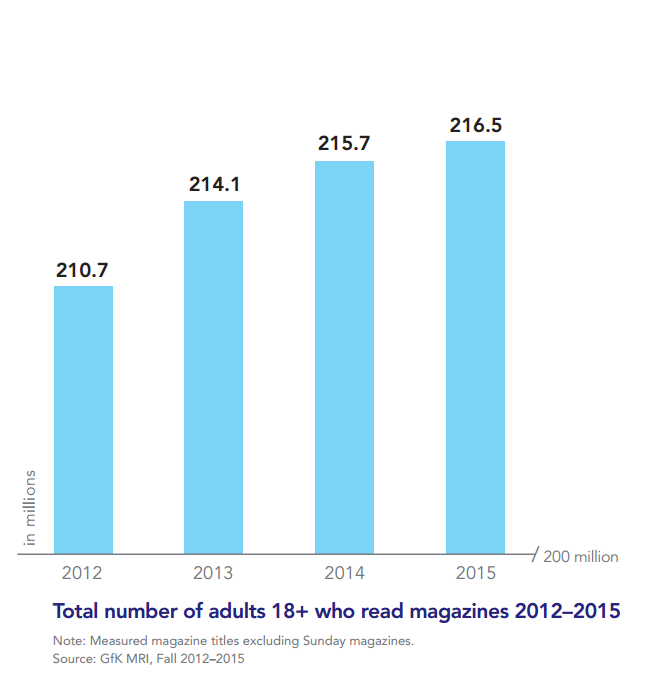 Digital magazines have given publishers new ways to experiment with storytelling structures, platforms, formats and revenue streams. Magazines’ digital capabilities are also appealing to a growing audience. Print editions can also be used to offer a unique experience especially for a special edition (e.g. anniversary or a particular event) distinct from what digital magazines can provide. Regardless of platform, magazines must have a distinct brand proposition and identifiable storytelling.

Jens Henneberg Executive Vice President and Editorial Director at Bonnier Publications in the UK comments on the distinct qualities of the print magazine, “Magazines represent the best way to deliver information on paper: they incorporate pictures and graphics in a way that’s more visually engaging than other mediums, while they also use the best printing techniques. This combination of visual and text elements allows magazines to provide the best overview and in-depth knowledge of a topic.” However, the digital platform offers an extension of this format with the ability to include responsive features to interact with the audience and strengthen engagement.

Magazine publishers still face challenges in the marketplace. Google and Facebook, while they drive traffic to digital magazines, also use the content and audience to increase their own ad revenue model. As magazine publishers evaluate the readers experience across their websites, tablet editions and distributed content, they should also assess their extended reach and visibility and audience engagement of their branded experience.