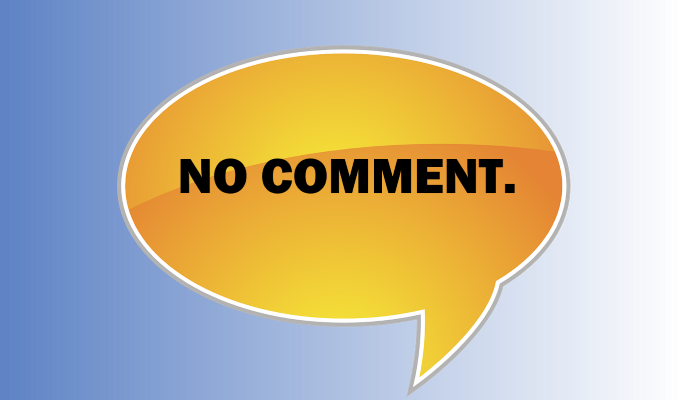 Given its moniker—that P does stand for public—it seems particularly significant that NPR has opted to cut comments from its site and instead focus its resources on social media as its means of engagement. As the company’s announcement points out, “NPR introduced public comments to its website eight years ago, when many of today’s most popular venues for digital interaction didn’t yet exist or were in their infancy.”

Another factor in the decision is the fact that only about 1% of its audience is currently commenting on its site. Bloomberg’s former digital editor Joshua Topolsky also cited low reader participation as a reason for Bloomberg’s recent decision to drop comments. Topolsky’s team felt that they’re more likely to reach a more representative cross-section of their audience via external social platforms.

NPR plans to focus on maintaining its presence across Facebook, Twitter, Snapchat, Instagram and Tumblr—as well as support journalists’ efforts to interact on their own accounts. Yet, undoubtedly, maintaining that presence across numerous (and ever-proliferating) social media sites takes a toll on any organization that must prioritize its resources.

Recode is another site that opted to focus on conversations in social media and to eliminate comments. According to founder Kara Swisher, social media provides a more optimal setting to “engage a smart audience that’s not trolling.” This sentiment was in large part shared by The Week’s Editor-in-Chief Ben Frumin who, upon announcing that the site would no longer include comments, specifically called out the problematic nature of pseudonymous commentators. Though it should be acknowledged that social media is not without its share of trolling and other bad behavior, something platforms like Twitter, Facebook and Instagram are struggling to combat.

Other sites that have opted out of comments sections cite research that connects unruly and unpleasant comments with a lowered estimation of the content and brand with which it is associated.

Organizations such as CBS, The New York Times and The Guardian remain committed to their comments sections (for now). To confront the issue head on, CBS decided to require all of its online commenters to use real names and The Guardian went so far as to undertake a study of its own comments section as part of a larger series on online harassment. The picture painted by the study was not pretty, with particularly bold lines underscoring the high level of vitriol aimed at female writers as well as those from ethnic and religious minority groups, and LGBT people.

While The Guardian does not plan to close down comments across the site, it has opted to reduce the number of places where comments are open, particularly around contentious subjects. The New York Times also limits the number of articles on which comments are permitted, though it plans to increase the number.

NPR’s Managing Editor for Digital News, Scott Montgomery, emphasizes the organization’s continued commitment to experimenting with opportunities for community engagement, such as the Hearken audience engagement platform, which is already used by dozens of NPR member stations. Yet as Elizabeth Jensen, NPR’s Ombudsman/Public Editor pointed out in her post examining the decision to eliminate comments, sites that are managing to keep comments civil are those that make a significant investment in moderation resources; resources that many media organizations need to apply to creating quality content and to continuously evolving distribution—and engagement—strategies.