Artificial intelligence can help journalists automatically adapt stories to the
personalities, moods and locations of their readers.

The news and information ecosystem is in the midst of change — again.

Mobile-first consumption is on the rise, smart homes are becoming mainstream and connected cars will soon take over the roads of major cities around the world.

Smart devices will require “smart content”. It’s only a matter of time before artificial intelligence becomes the backbone of the media industry of the future.

A change in how we interact with news
Today, most people find information via search or social. And while these two channels are radically different in functionality, they have one thing in common — any given article surfaced through these platforms is exactly the same for everyone in the world.

For example, The New York Times article, “Health Officials Split Over Advice on Pregnancy in Zika Areas,” reads the same to me, a 20-something male living in New York, and for an expecting mother in her mid-30s residing in Rio de Janeiro.

Content today is one size fits all. And why wouldn’t it be?  A journalist writes a story hoping to reach as many people as possible.

Search and social help tailor information choices to individuals to a degree, but Google, Facebook and Twitter know that artificial intelligence will fundamentally change the equation. That’s why, since 2013, these companies have been investing substantial resources into the space and acquiring startups. 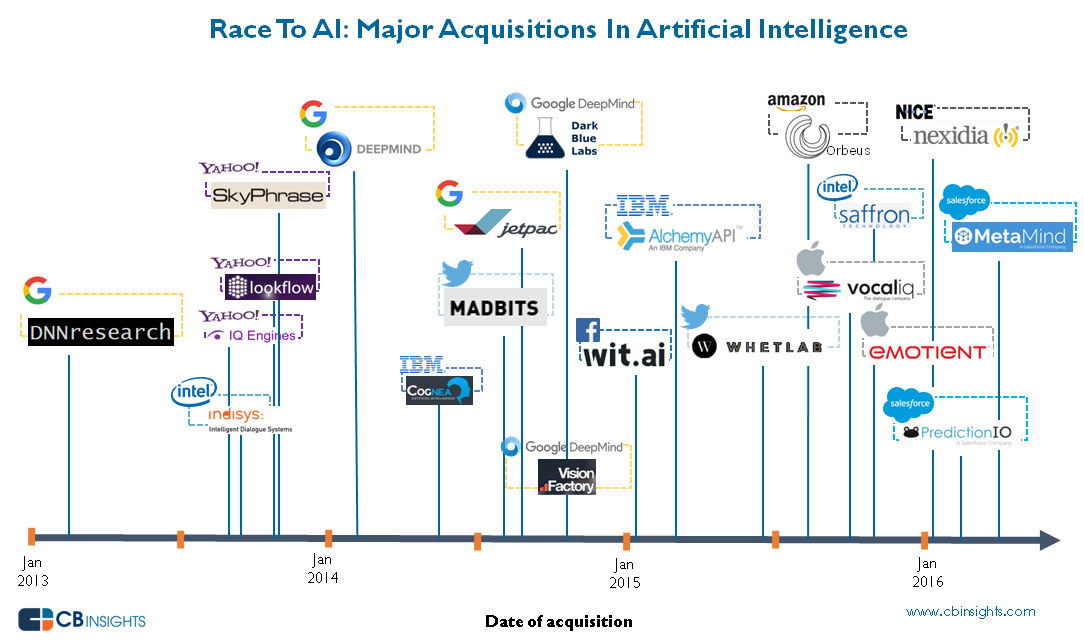 In Facebook Messenger, for example, several news organization such as CNN and The Wall Street Journal are already using bots and some level of automation to deliver news through the platform.

In the specific case of news media, articles can be processed through algorithms that analyze readers’ locations, social media posts and other publicly available data. They can then be served content tailored to their personality, mood and social economic status, among other things.

Examples of artificial intelligence, machine learning and automation in content creation
Crystal is a program that adapts emails you write to the personality of recipients. For example, if you’re sending a note to a more laid-back person, the software suggests a change in tone from a formal introduction such as “Dear John” to a more colloquial “Hi” or “Hey.”

Crystal uses previous emails to that recipient as well as their social media posts to recommend certain language, tone and sentiment. It’s easy to see how this approach can be adapted for a newsroom –in fact, it can build off of pioneering efforts already underway such as automated earnings reports by The Associated Press.

Artificial intelligence can even localize stories. If you live in California, you might not read a story entitled “Texas residents poisoned by toxic waste plant for years.” But if the story included an automated note highlighting a similar past incident in your city, you would probably be more inclined to look at it.

The future of journalism powered by artificial intelligence
Beyond tailoring content to users, AI can help journalists do more investigative work by analyzing massive sets of data and pointing to relationships not easily visible to even the most experienced reporter.

While this technology can improve efficiencies in newsrooms, though, it should work in tandem with journalists, not replace them. Going forward, the challenge will be to make sure we continue to adhere to our standards and ethics.

What will the future of news will look like when it becomes powered by AI? We will soon find out.