There is an untapped distribution channel for publishers to create private,
intimate and tailored relationships with the audiences they serve. 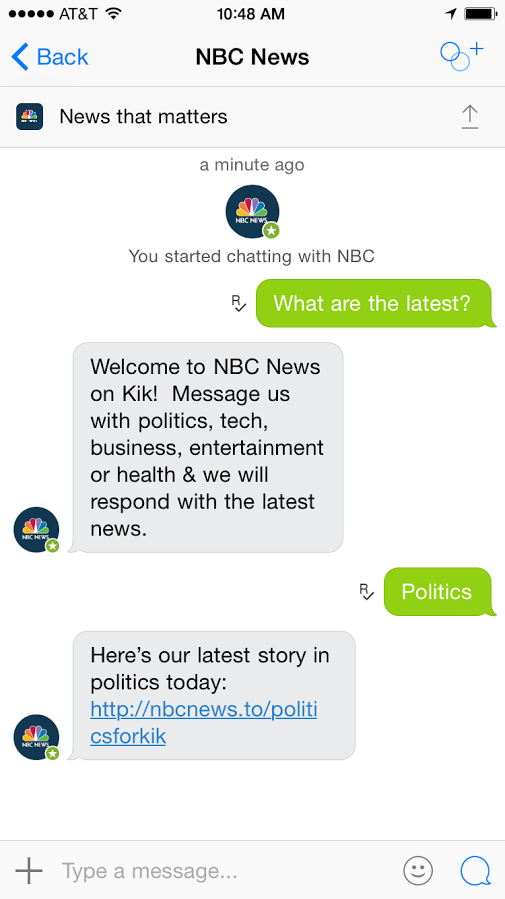 People have always had the desire to be informed. In the pre-industrial society, news was limited to conversations and gatherings. The arrival of pamphlets, edicts, ballads, journals and the first newssheets allowed information to spread regionally, while the Internet, social networks, smartphones and messaging apps instantaneously push data globally.

In particular, messaging apps also provide an untapped distribution channel for publishers to create private, intimate and tailored relationships with the audiences they serve — a concierge media service.

From search to social to messaging

Since the recent advent of the Internet, publishers have been trying to leverage distribution channels — such as search and social media — to grow their audiences. Huffington Post saw immense growth by mastering the art of search engine optimization and BuzzFeed capitalized on social sharing to become the media brand everyone talks about.

A significant opportunity for the next generation of media companies will come from knowing how to play in messaging apps. For journalists, brands and media creators, that means reimagining how they create content, how they engage users and how they generate revenue.

Messaging is ubiquitous in our lives. Apps can provide unique opportunities for giving audiences direct access to content and publishers, be it through tailor-made WeChat platforms or public chats on Viber and WhatsApp.

Mobile messaging and chat apps will explode.
According to ComScore’s 2015 U.S. Mobile App Report, Millennials spent the majority of their time (over 90 hours a month) on smartphone apps. And guess what services they use the most? Messaging and social networks.

According to Global WebIndex, smartphone owners aren’t necessarily exclusive in choosing one specific messaging app. For example, 7 in 10 Snapchat users also use Facebook Messenger while 5 in 10 also use WhatsApp. People will be consuming content across chat platforms.

The leading publishers are starting to experiment with messaging content creation. 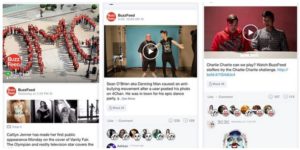 According to a recent Tow Center research report, The Wall Street Journal is among the news organizations that have more than a million subscribers on LINE, Japan’s largest messaging app, experimenting with different content and daily alerts and breaking news. BuzzFeed, a more recent entrant to the platform, has taken a very different approach by building audiences through push notifications, stickers and comics.

BBC News was the first to experiment with editorial content on WhatsApp in 2014, most notably with its WhatsApp “lifeline” information service targeting communities in West Africa affected by Ebola. However, WhatsApp is not engineered to work efficiently as a mass push-notification service, and much of BBC News’ recent strategy on the platform has focused on audience engagement through user-generated content and newsgathering.

Some publishers are also linking journalists salaries to performance on messaging apps in an effort to grow digital audiences. For example, the Times of India is making its contributors file a minimum of 3 WhatsApp alerts every week

How to start experimenting

It is important to remember that these platforms are still in their infancy. They are, in most cases, longer-term play, rather than ones that will bear immediate fruit if referrals and audience reach expectations. Concierge media builds on people’s intrinsic desire of wanting to follow others, their own curiosity and the private nature of conversations and higher level of intimacy.

With that said, a team of editors can create specialized channels and seed it with content updates native to those platforms using automatic messages. These include text messaging, alerts, stickers, trivia and emojis.

This seed content will engage members to participate in the discussion and elevate the level of the conversation by sharing unique perspectives. This model of journalism and media creation mimics what happens in the real world, where a person surfaces a topic and the group engages in an active exchange. This is what gives value to the story; the journalist is responsible to initiate the debate and moderate it. He or she can add value to the discussion by fact-checking or providing more information when needed.

With time spent on messaging apps exploding, will the next generation consume most of its content on the small screen?