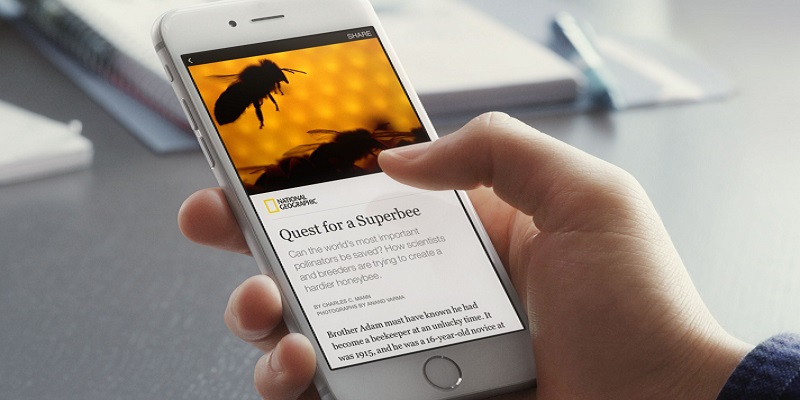 Publishers complained, and Facebook listened. While the launch of Facebook’s Instant Articles brought some fear and loathing that the social media giant would grab control of content distribution, the reality is that participating publishers have been pretty happy with early results, though they have asked for more control.

Could this be the start of a beautiful relationship? Time will tell.

Instant Articles growing
Instant Articles emerged earlier this year to allow a select group publishers, including the New York Times, Washington Post and Bustle, to publish directly onto Facebook rather than posting links that would redirect audiences back to their websites. By cutting the load time for users by 10 times, Instant Articles ultimately offers users a better experience. And as Washington Post CRO Jed Hartman told the Wall Street Journal, better user experience should ultimately benefit publishers.

However launch publishers soon found the restrictions placed by the social network made Instant Articles less of a boon than expected, in large part because they were better able to monetize pageviews on their site than content views on Facebook. In an effort to remedy this issue, Facebook has announced a new tool that automatically pushes an ad out for every 350 words. However, there are still restrictions on the type of ads, with rich media ads still forbidden. That would increase, running counter to against the idea of ”instant.”

“If Facebook allows publishers to just add all of the same kinds of things that made their own sites less appealing in the first place, then Instant Articles will quickly become useless,” wrote Fortune’s Mathew Ingram.

Facebook, for one, never doubted the potential of Instant Articles, despite criticism. It’s since released Instant Articles across Asia, including Facebook’s second biggest market, India, and Latin America. Now, there are 100 publishers using Instant Articles, with 300 enrolled to start eventually, according to WSJ’s Marshall.

Facebook’s power in mobile
The Washington Post’s Jeff Bezos reportedly wanted to participate in Instant Articles as soon as he heard about it, with the sheer scale of Facebook being an enticement of its own. However the influence of Facebook in this mobile sphere is a significant factor for early movers, who jumped on board with Instant Articles even before much time had passed to offer a fair assessment on its efficacy.

“We’re trying to do two things,” Cory Haik, the Post’s executive director of emerging news products (who recently took at job at Mic), told Nieman Lab. “Grow our digital subscriptions — and those are highly engaged users that come back directly to us, create that daily habit that’s important — and the other piece of it is growing new audiences in these really dramatic ways, which is mostly on mobile. And when I say that, there’s a direct correlation to social and these emerging platforms.”

It may seem that Facebook is helping to accommodate the demands of publishers, but don’t forget it’s also benefiting from loosening restrictions. More ads means more revenue across the board (Facebook takes a 30 percent cut from the publishers it sells ads for). And given that not all publishers sell ads, there’s a definite upside for some. For larger publishers, it is a positive sign that Facebook has been quick to address some issues. However to keep this content relationship strong for the long term, Facebook will need to continue to listen and respond to what publishers are saying.