It is generally recognized that good storytelling is not the exclusive domain of media professionals. Today, great stories come as readily from consumers and brands. At Advertising Week, Digital Content Next CEO Jason Kint led a panel of diverse—and talented—sports storytellers: Morgan Flatley CMO of Gatorade & Propel, PepsiCo; Jaymee Messler, President of The Players’ Tribune; Adrienne Lofton SVP, Global Brand Marketing of Under Armour; and Lisa Baird CMO of the US Olympic Committee. What emerged was a picture of brand-audience relationships and a marketers’ desire to create distinct content experiences that are brand, channel and—above all–consumer-centric.

Baird said her content strategy starts with the objective of getting the next generation of young people interested in the Olympics. “We don’t try to recreate Olympic sport,” she said, “NBC does a phenomenal job at that.” Instead, her content strategy revolves around telling the story of hometown Olympic spirit which helps young people see themselves in the stories and forges a personal connection between them and the Olympics. 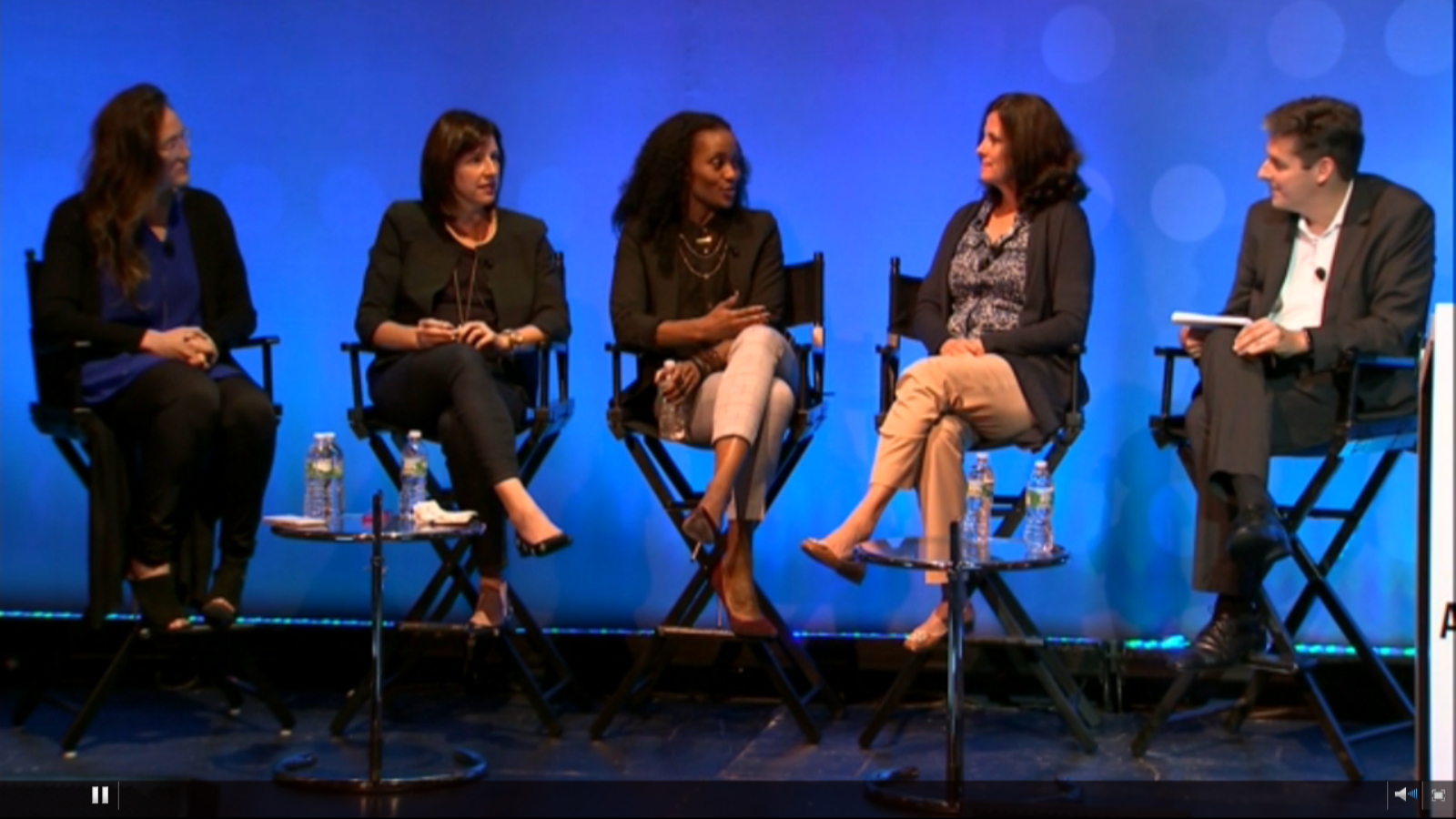 For brands like Gatorade and Under Armour, the objective might seem more straightforward: selling product. However, brands like these are clearly using content to deepen engagement and tell a story that brings their brand values to life. Lofton said that one of her objectives is to take the brand from the playing field to all aspects of the athlete’s life. The trick, of course, is competing with the thousands of messages that inundate consumers on a daily basis. And while television is part of Lofton’s marketing strategy – particularly for reach and driving awareness – Under Armour’s content initiatives also live on a wide range of digital channels. “We drive people to Instagram or Snapchat to give them a peek behind the curtain to the athletes we have great relationships with.” These social media endeavors might be solo, or with a trusted media partner such as ESPN.

Gatorade’s Flatley said that they take a similar approach, using a lot of television because of its broad audience. “But we are also hyper-aware of where the teen athlete is going: how the use different media channels and how engage with on them,” she said. They also experiment with emerging tools, such as virtual reality: The Gatorade Bryce Harper Virtual Reality experience literally took fans inside Harper’s head as he faced the pitcher with the game on the line. Flatley noted that the VR experiment didn’t reach a mass audience, but offered a great opportunity “to experiment with new technology that allows us to go deeper.”

The Players’ Tribune, founded a year ago by Derek Jeter, is an experiment in letting athletes tell their own stories, according to Messler. As with Gatorade and Under Armour, The Players’ Tribune recognizes fans desire to get inside athletes’ minds. Her first objective for the new site was to establish the brand, so she relied heavily on the social influence of the players themselves. However, as the site matures, Messler said they are beginning to take a more scientific approach to develop their content distribution strategy. In both content development and analysis, Messler believes in “A nice combination of the intelligent and emotional.”

Certainly—whether a brand, organization, or media outlet—all content creators are focused on evaluating the effectiveness of their strategy and investment. Baird said it can be easy to focus on retweets and other social numbers, but given her more complex objectives—such as inspiring young athletes to not only develop an affinity for the Olympics, maybe even to join a sport and dream of becoming future Olympians—measurement is a tricky subject. She is optimistic that she’ll be able to track a link between her content and membership in the Olympic National Governing Bodies such as USA Wrestling or USA Volleyball.

The stakes are high and rivalry is fierce: as Morgan from Gatorade pointed out “There’s a high bar for all of us.” Certainly this is true, whether the storyteller is a brand, media company or organization of any type, as all compete for a share of consumer’s finite attention.