Spending by the ten largest advertisers declined 10.6 % in the first quarter of 2015, to $3,709.8 million. Notably, the year-ago period includes the Sochi Winter Olympics, which affects ad-spending comparisons.

Kantar reports that expenditures for the ten largest advertising categories declined 5.8% in the first quarter of 2015 to $18,697.8 million, with eight out of the ten categories experiencing reductions.  The two exceptions were Telecom, with growth from satellite and TV advertisers counterbalancing reduced investments by wireless service providers, (up 3.8%) and Pharmaceuticals (up 9.6%). 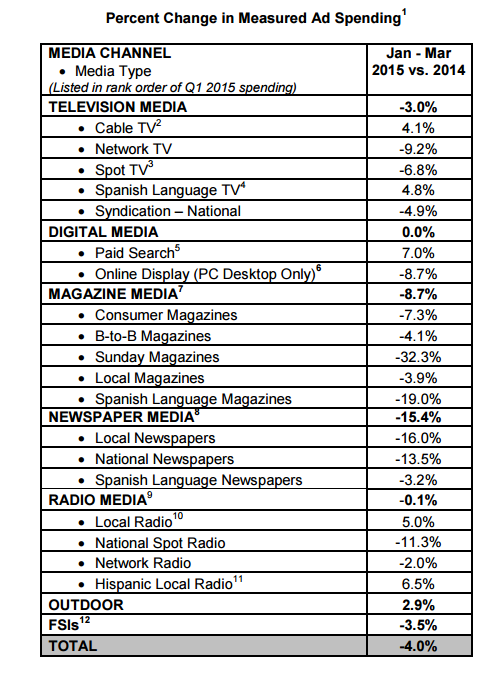