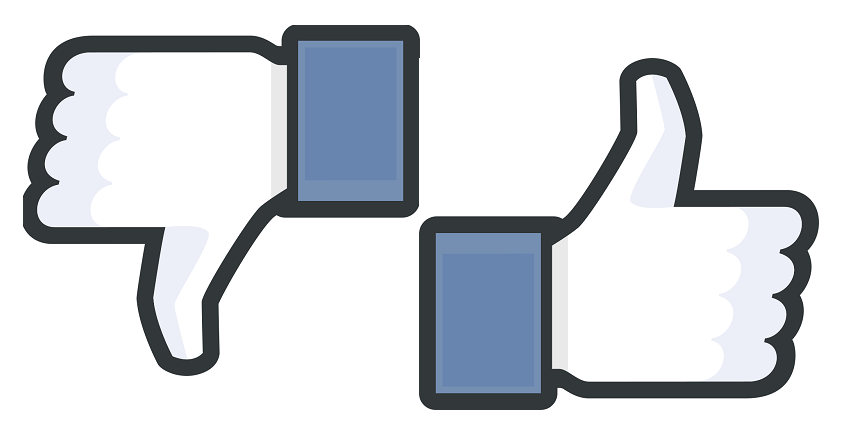 By now, you’ve probably heard the news that Facebook is in talks with a select set of media companies about the possibility of publishing their original content directly inside the social network’s platform. The New York Times reported on its own involvement in these discussions (very meta), citing the allure of improved access to Facebook’s 1.4 billion members and the possibility of a native advertising revenue share (provided, of course, the publishers agree to strip out their own ads in favor of Facebook-sold ad units), while cautioning (it’s own decision makers?) about the risks of cannibalizing legacy revenue streams and losing control. Despite scant details about the deals in discussion, that piece has sparked a predictable flurry of opinions—both pro and con—and this is mine.

Given the prominence of the companies that have taken seats around the negotiating table—from venerable stalwarts like the Times and National Geographic to social publishing powerhouses like Buzzfeed—the implications are clear: Facebook has already beaten you in your own business.

Let me explain where I’m coming from.

As a publisher you might have spent the past six or so years grappling with the gradual shift of consumer attention and loss of media spend to the likes of Facebook. As a digital strategy consultant, I’ve spent the same six years watching big brands get burned by the heat of the social giant’s rising star.

Back in 2009, major marketers saw the opportunity to get in front of Facebook’s 200 million members as tantamount to running a Super Bowl spot every day – for free, as long as they were willing to expend a little social media elbow grease. Over time though, these same brands discovered that the real cost of building their fan communities on leased land would be much, much higher.

Changes to Facebook’s layout buried branded applications (at the time, the main engine for Page growth) on ‘tabs’ that drew little to no traffic when not promoted with an often-substantial Facebook ad buy. Changes to Facebook’s newsfeed algorithm reduced organic reach to the low single-digits for brands unwilling to pay to promote their posts.

In the end, these same brands learned that they had been duped into paying to communicate with their own most loyal customers not once, not twice, but several times over. Six years later, many brands still struggle to pinpoint a return on their now-considerable social media investments, yet find themselves unable to extricate themselves from a relationship that clearly benefits one partner more than the other (consider Facebook’s own valuation vs. that of many of the Fortune 500 brands that have funded its growth.) A sharecropping analogy springs to mind—with the already wealthy land owner getting richer while the farmers tilling their patch of borrowed soil scape by with a mere subsistence.

If you concede that history does indeed repeat, you can anticipate how things might go for the media industry. Publishers, now hooked on Facebook as a key source of free website traffic—traffic that many publishers are seeing slip as they fall victim to the same algorithm changes that have buried posts from other brands—seem eager to forfeit digital ad revenue and access to consumer data in order to reach more of the network’s users while earning a share from Facebook’s mighty social ad machine.  At first, the cost might seem low. Over time, it will prove to be quite high, although not necessarily in the way you might expect.

In a recent TechCrunch piece, Havas Media’s senior vice president of strategy and innovation Tom Goodwin rightly contends that Facebook has already grown into the world’s most popular media owner despite the fact that it creates no content. (Or, as I wrote earlier, they’ve already beaten you in your own business.) Goodwin is also quick to point out that in this digital age “the interface layer is where all the value and profit is [sic].” It’s this latter point that should give any media owner pause.

Now, some might argue that sacrificing control over the interface layer is the small price we pay in order to meet our increasingly social and mobile consumers where they already are. The big brands that flocked to Facebook made this same argument,  and rightly so, given that their websites—unlike yours—were indeed places where no consumer wanted to be.

Today though, the smartest brands—ranging from Coca-Cola and Red Bull to American Express OPEN and Sanofi’s diabetes business unit—are reimagining their corporate websites as rich, relevant, resonant media destinations, as the definitive go-to places for people with shared purpose and passion. I don’t need to tell you that marketers are becoming media companies, striving to build the very thing that media brands like yours have had all along: loyal followings that seek out the best content they can create.

Do brands like these also have robust, multifaceted strategies that govern the ways they syndicate content to third party sites, engage with outside content creators and opinion leaders, spark conversation among advocates on a wide array of social channels? Of course they do. But they’re gradually (re)learning that the consumer who engages with them directly in a deep, immersive media experience is far more valuable than one who scrolls by a passing presence in someone else’s content feed.

It’s ironic then, that as more and more marketers hail content as king, major media companies would commoditize their content while giving Facebook keys to the kingdom. I worry that media companies may be opting for the easy option because doing the right thing seems so hard. Unfortunately, they may be sacrificing their own right to win as the primary interface between companies and consumers, and between consumers and content.

It’s easier to let Facebook deliver reach (and maybe a share of new revenue) than it is to ask yourself, “What must we do in order to win in the digital age?” Answering that question requires media owners to challenge assumptions; rethink the role they play in the lives of their lapsing consumers; reimagine corporate culture, company structure, revenue models, content strategies, and what it means to be in the media business today.